We are a group of young people interested in programming, electronics, robots and other similar things.

Mr. Gaži is the driving force behind the XLC Team. His energy, passion and vision are visible in everything we created. As a team leader he makes sure we have everything we need for our work.

Apart from that, he makes sure we never forget that what we do should be fun first and everything else then. 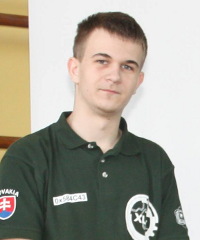 Fortunately we’ve got Jakub in our team who makes sure that there are robots we can run our logic on. Despite being relatively young he already deserves the title master. 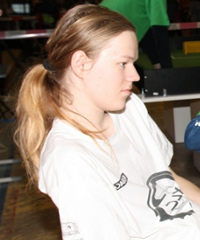 master of the force

The force is all around us. We can’t touch it, we can’t see it, we can just feel it. And we can say the same about Johnny. He doesn’t show up much in our small lab (and so you can’t see or touch him) but you can feel him in nearly everything we created.

He’s got some great ideas, even though this world is not always ready for them.

The force is strong with this one. Maybe that’s why they call him D’urikonX. 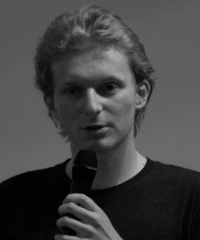 What does it mean to be the master of development (meaning the lead developer) in a robotic team?

Well, different things every day. It can mean doing an extensive research in computer vision and machine learning, teaching others, writing papers (or even books), giving talks, writing beautiful code, negotiating with people from the other side of the world but also being responsible for everyone else, taking out the trash or doing some boring stuff like this website. 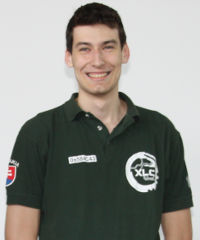 master of the code

A good team needs to be adaptable. Or there just has to be someone who is able to fill the holes when they appear.

Thankfully we have someone who does precisely that. His name is Adrián (he is also known as adman or один) and is a man of many jobs. As you can see above he does pretty much everything but we should not forget that he also produces some decent quality Python and JavaScript code. 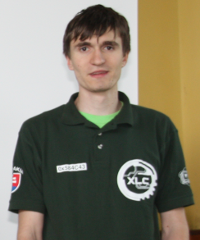 Have you heard about the Phantom of the Opera?

Well, Martin is a lot like him. We never know where he is but if he appears he’s got a handful of solutions to any problem. If you want to fix some broken electronics, rewrite some software or solve a global crisis you should definitely contact him. 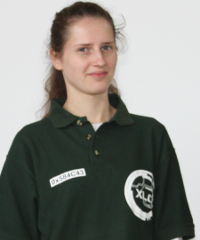 Even though you might not believe this we also have a girl in our team!

And guess what? She does some real programming! 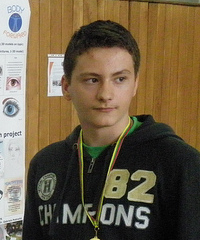 Many tried to gain wisdom. Some studied books, others were learning as apprentices of great masters, others just used some other way to get it.

We weren’t able to discover how Dávid managed to get his wisdom. Some claim that he must have been an apprentice of the great D’urikonX. They just have way so much in common.

But that’s not important. What is important are his quotations: 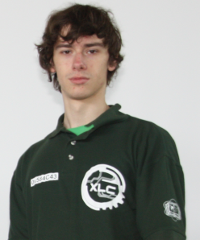 From the day one Mário managed to just fit into our existing team in a way no other member even could. He was (and is) so excited that he infected everyone and made us even more excited than we were (and we were really excited).

He’s also a live proof that once you are interested you do whatever it takes to get your crazy ideas come true.

The title says it all.

The name Bardaci is just garbled Slovak word ‘babraci’, which we can translate as ‘numb hand’. Although that’s not always true, we have used it since Mr. Gazi called so the first original Bardaci (those two below). So it’s really hard to describe one without the other and vice versa, they have come neck by neck and both are similarly crazy.

But give it a try: 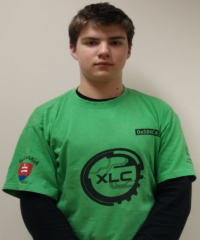 He prepares (and sometimes destroys) hardware, but his place is primarily at the table with a soldering iron in one hand. We can say he is kind of Jakub’s successor.

In addition to the title master of dogs he is also master of merkur, especially merkur robotic arm. And so you see how necessary is he in our team - you never know the time you will need next servant-arm. 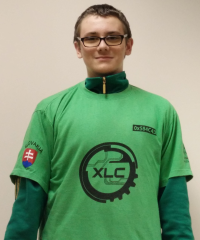 Every time he walks into our small lab, he brings a lot of fun and talks to Adam Herda. But fortunately that’s not his main job - he builds the construction of our robots, the base, without which we almost cannot proceed.

Other times he helps either psychically or physically. Mostly by using encouraging words “We are winners” and fixing wheels back on robot during programmer’s test runs… 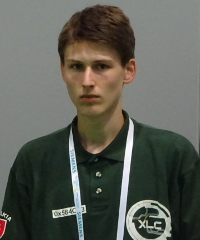 Even robots made by Bardaci need software. Often it’s only few lines for rotating motor, however sometimes he writes longer, nasty code, that you don’t want to read (or worse - rewrite). During his life there have been couple of decisions to program a game, poor attempts to make computer vision and half-way successful ball kicks to goal or (re)writing simple shell for Arduino. He spends most of his time programming in C or Python. 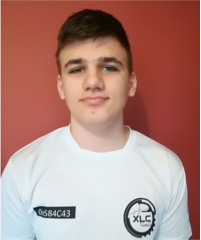 You know, something begins and something ends. So it was, that Simon has stopped writing code for Bardaci’s machines. But Jakub has taken his place with great passion and brought new life to those inanimate robots. He is capable of creating the software and hardware almost completely on his own and that makes him a real engineer. His madness about robotics and novel view to problems are very necessary in the team.

Many young students have become members of our XLC family. Some left us after a time, others got more excited and steady. They started to call themselves XLC Younglings and they do so up to now, although they are not still so youthful as they were that time.

Samuel is the man behind the magic of constructing robots. When he creates something, it works about 70% of the time, but when it works, it works flawlessly… If he is not constructing, he can be seen in the wilderness trying to program something or drinking Kofola. When he gets tired of his life, he can be seen tidying up our small lab, because it is almost always messy. If (rarely) he is not doing any of the aforementioned activities, he is probably playing the ukulele and hurting our ears with the awful music. 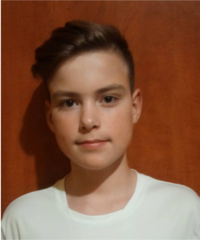 Well, actually this is not only another photo of Samuel, Simon and Samuel are twins and that makes them a strong pair. Although sometimes he isn’t really a team player and wants to make things on his own. Šimon tends to be very precious and imaginative, so he usually designs robot components to be printed in a 3D printer. That’s what he is keen on - jobs around the 3D printer.

You know, to build a robot, one needs components. How to get them? Well, dismatling old robots (especially the LEGO ones) is not a bad idea. Filo has gained professional skill to do that (sometimes too much). Furthermore, he brings the light to the darkness of team troubles and his funny temper and fantasy ideas have not once solved a problem.

Peter is very important member of the team. He helps the team with his fantastic energy, humor and marvelous music on ukulele. Of course, he helps with robots as well. But keeping team happy and in good mood is his part of a job. He is also a pizza man. That means he sometimes buys us a pizza to keep us focused. If you are looking for personal cheerleader, Peter is your choice. When he enters our Lab it changes to a better place than it was before.

Marek is also a key member in our team. He makes a bit of everything: building robots, looking for components, programming. His humour together with holding a drill in his hand cheers the team up. Without him we wouldn’t be a team.

There is a nice story about our name. In our first years we were proudly using the pseudo-crypthographic name 0x584c43. It’s the hex representation of the string XLC. And how did we came up with that? Well, we were always fans of doing things simply. Sometimes extremely simply. And so we thought that it might be a good idea to express this in our name too.

which shows the two crucial parts of every robot: hardware and software.